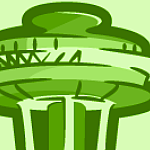 In my workflow I often need to open a lot of tabs simultaneously. Sometimes 80, sometimes 300. So I'm not surprised when it takes tens of gigabytes of RAM (though previously, before Firefox Quantum, 6Gb was  perfectly enough for all the same pages in same quatity, nothing has changed in those pages' code), I have plenty of RAM. What has drastically changed is disk space usage... Firefox EASILY eats out 30-40 Gb on SSD, sometimes even crashes as it eats out all the free space. It's not windows file cache, it's not modified cache setting in about:config, there is still more than 20 Gb of free RAM... Yet it keeps writing TENS OF GIGABYTES of unknown stuff on SSD, effectively killing it. What's going on? Am I the only one who actually need 300 tabs simultaneously so nobody else notices this problem?