Privacy/safety issue: Prompt before uploading a file that was (dragged over and) dropped on Firefox 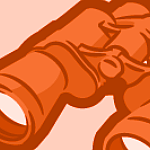 Read the lead-in for context, or go to bottom for important privacy and safety feature.

Today I was dragging a file (icon) from one side of my desktop to the other.  I happened to have Firefox in the middle of my screen with the Google home page open, and had to drag the file I was moving over top of Firefox to the other side of my desktop.  You probably know where this is heading....  Google has a nice feature:  the "drag an image here or upload a file" box popped up, which would happily automatically grab my file, upload it to Google, and do a search on it for me.  To be fair, this particular Google page would only upload something with a common image extension, not just any file, but you can easily extend this example to any other "drag and drop to upload {any file you like}" scenario on some other website.  If I had accidentally released the mouse button over top of Firefox, my file would have inadvertently gone public!  It occurred to me that if it was a private picture or any sort of personal information, that I had just done a potentially DANGEROUS thing dragging it over Firefox.

If possible, please add an option (perhaps defaulted to true), to prompt before uploading a file that is dropped on top of Firefox.

Think:  If I were a Black Hat and casting a wide net on click-bait or other sketchy websites, it would be so simple to add this as another "trap" on all of my pages, hoping somebody might fly over with a file in their hand and accidentally dropping it.  Ooops!

For now, you could consider injecting a script like the following into web pages, perhaps by converting it to a userscript: