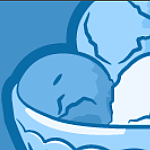 Progressive Web apps are an important feature of a browser that Firefox is the only one missing. It can be the reason to switch to another browser. Most of the major social media apps, professional apps, chatting apps supports PWA feature. Its easy to switch between the PWA's rather than switching the browser tabs if you are a heavy user.

Please do vote this thread and gain the priority.

I understand that PWAs have been pushed by Google because of Chromium and Chromebooks, and that with Apples Safari at least on mobile not supporting them properly for profit reasons, but one cant deny their usefullness.

For me too this is the primary reason I regularily use Chromium based browsers though Firefox is my primary browser, as my PWAs open links in the browser they were installed with.

Yeah theres a Add-On, but its not super easy to install, certainly not for novice users, as its not just an Add-On but also has a native application part.

Also, PWAs mesh somewhat well with WASM, where Firefox is on the forefront. WASM allows performance intensive web sites, but, maybe forever but at the very least for the time being, that usualy results in large "Websites". Yeah, AFAIK Firefox still supports caching these assets even without being able to "install" them, but a PWA would assure me that it works without setup issues, and would also allow it feeling more native with niceties like offline support (not sure if that can be done with the current state of firefox, if it can its certainly well hidden). 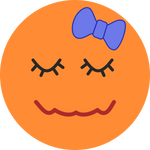 I support the idea of bringing PWAs back. Like others I use Chrome for the things I want to install as PWA although my main browser is Firefox.

It's strange Mozilla supports it on mobile. Recently I installed Mastodon  PWA from Firefox as it is better than any client app.

I would be happy with just a chromeless window.

A regular window, with no toolbars and just minimize, maximize and close buttons (it can come with all the other known issues)

PWAs appear to be gaining popularity, and having to run them in browser XYZ rather than Firefox, is just painful. Not to mention it seems pretty darn difficult to have these PWA's launch external URL's in Firefox, which ends up pushing more and more web traffic towards Chrome/Edge.

There are plenty of reasons why we all prefer Firefox over the other available browsers, so being able to run these apps all inside Firefox would be great.

The only reason I am holding back to switch to firefox is PWA.. and just browser hopping within Chromium based browsers. Loved the experience in the mobile, which has PWA support 🤯. Why the partiality for a PC though?

PWAs would be a very welcome feature, It can help a lot in some workflows.

i use arch, btw