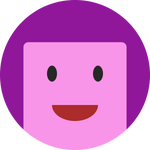 I've had trouble before noticing where the found text is on my screen.  I realized a feature Windows had to visually indicate where the mouse was could work here too.  They have an accessibility feature that you can have a key press trigger a visual reminder of where the mouse pointer is.  No need to wiggle it (if that's hard to do).

I'm picturing a temporary animation of some sort to happen at the found location.  It might invert the colors, or add a wavy halo around the entry.  Even circles appearing and either expanding or concentrating on the find result.  The movement should help shift people's eyes to it.

And I don't know how it'd be best to trigger it.  Should it happen for all results?  Or a new button that'll ping the currently found element?

Today I kept trying to move up/down the list to see if the colors would become apparent for the hidden elements (saw 3-4 out of 6 copies, and they were really obvious in titles).  Or I turned on the Highlight All feature.  It didn't help for new elements...  I swear there were some hidden copies of the text, and the find feature wouldn't expand them.

In that case I'd want the element the find stopped at to be highlighted.  Either the button or text that likely is related to the find result.  I assume they're held inside some other element that can be seen.