Some suggestions for the new Firefox view 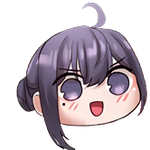 So here is list of suggestions i have for the new Firefox view which is now available in nightly
I honestly think this is a really great thing to add and can be used to introduce the user to some new and less know firefox features.
Like i just a minute ago i found the about:protections tab and it was so cool, i think Brave shows this as one of it's distinguishing and It's a shame that firefox hasn't publicized this enough to make it stand out.

1. I think it would be more appropriate in the toolbar, there was also a post going on a huge rant about this too. I feel like it looking like a pinned tab and not having the same menu is really distracting on first.

2. The new view also kind of looked very pushy, This needs some UX improvement, i also had a custom theme using Firefox color which is now lost due to the new view. I think view shouldn't select one of the color by default when it's opened for the first time. And some thing really great would be to add a button to allow the user to his previous theme selections if i only wanted to check the themes.

3. Like i said above use this to introduce users to the more difficult to find but super useful features that firefox has like the about:protections and more. Maybe this can be used to finally integrate Containers in the main Firefox product instead of using it as an extension. Or just introduce people to the VPN and Relay service here.