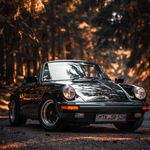 Google Chrome has a good example of this. If you download google chrome and type chrome://flags into the search bar you'll know what I mean.

Also, just a general observation, as a former Chrome user, I always thought that Firefox was better. However, with Chrome ramping up its levels of features and the convenient things such as tab grouping, higher levels of customization (note the ease of access to the reading list), a URL dedicated to experimental features (mentioned that just earlier)...it's fair to say that Firefox has some competition. Of course, Firefox is faster, but it almost feels like this browser lags a bit behind Chrome in some aspects. The ability to switch between profiles is something I miss on Firefox too. I could go on, but, as I said, it's fair to say that Firefox has some competition.

Something which I think could set Firefox apart from Chrome would be lazy-loading (which should be customizable at different levels, giving you exceptions etc.), easier access to the reading list (if there is one at all), and an icon change on MacOS (please do it). 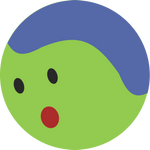 Thanks for kicking off this discussion—excited to see how it progresses. In the meantime, feel free to check out some similar ideas from other community members: