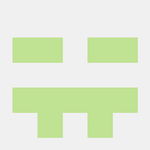 Web-based IDEs like Arduino and Github Codespaces are now commonplace. They are hobbled in Firefox due to an inability to access development boards without installing extra system software, which rather defeats the purpose of having an IDE that runs in your browser. This is not the case on Chrome, where Web USB and Web Serial can be used. (Clarification: they *could* be used on Chrome, but often are not because developers don't want to maintain two separate codebases.)

I will preempt the response I have received every previous time I brought up this topic: Web USB and Web Serial present no more of a security risk than web camera or location data, and Firefox already has a permissions system to protect those. On the other hand, the software you have to install to make Arduino IDE work in Firefox starts a webserver that shares your serial port over a websocket, just so that your browser can connect to it. It isn't clear if there are any protections at all on that websocket.

I will also note than the current prevalence of web-based development environments is in part due to Mozilla's insistence that everything should be able to run in the browser, along with projects like Firefox OS.