CAN WE PLEASE REMOVE THE FORCED RESTARTS? 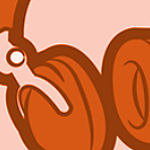 It's like the tenth time that Firefox decides that is time to update, does so, and then forcibly requires me to restart Firefox. But uh-o, I often use only private windows because I don't like cookies, and I don't want to have them saved on my PC; BUT IF THEN FIREFOX RANDOMLY RESTARTS, ALL OF THESE WINDOWS GO INTO VALHALLA, DON'T COME BACK, AND I LOSE TRACK OF EVERYTHING I WAS DOING. And, in my respectful and peaceful opinion, it's kind of dumb given that at no point in this process I asked for any of this. Thank you for coming to my TED talk.

Ps please don't tell me "you can disable cookies etc in settings" because I still want them on for when I'm using websites where I want to remain logged in. And no, I'm not going to waste hours to make a whitelist.

I also hate forced updates. What OS do you run? Windows and Mac users can set Firefox to prompt them when an update is available and you can either choose to download it immediately or later. When you defer the update, Firefox will usually ask again in about 12 hours.

To set that up, open the Settings/Preferences page and type update in the tiny search box near the top of the page.

For users on Linux that installed their Firefox from their package manager, the package manager usually determines when updates are installed, overriding Firefox's setting.

Screenshot: update prompt and relevant portion of the Settings/Preferences page: 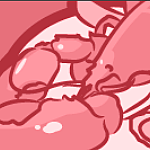 The problem is not automated updates, the problem is the forced shutdown of a current, running, instance of FF. It was bad enough when I couldn't create a new tab without getting interrupted, but now I can't even use current tabs without it happening.

I use private browsing exclusively on Firefox (because... you know, "privacy browser"). Until recently, Firefox would interrupt my browsing, telling me that I needed to update, but not to worry, all tabs would be restored. If you use private browsing, that's a lie. Firefox will restart and not a single one of my tabs will reload. I notice that my current interruption says: "Your windows and tabs will be quickly restored, but private ones will not." I suppose that's Firefox's idea of... progress?

Please don't hand-wave and tell me package managers override Firefox settings. Nothing in a Linux package manager forces Firefox to interrupt my browsing just because an update has been installed. This is entirely a Firefox problem and it's up to Firefox to solve this problem. Either actually restore all tabs (private or not) or stop disrupting the use of Firefox. I suggest Firefox pursue the latter course.

Until Mozilla/Firefox decides to take this problem seriously, I, unfortunately, will be pushed to using Brave as my daily browser. You see, Brave doesn't interrupt my browsing just because an update has been installed, it places an orange button in the upper right hand corner that says "Update." Nothing happens unless I click that button or restart Brave.

It's a shame, really. I like Firefox better than Brave, but these forced restarts are just not acceptable.

I think the Snap package works that way, but the older style may not.

Firefox should only show the restart required page when it tries to spin up a new process and encounters a tab crash because the executable on disk does not match the ones running in memory. https://bugzilla.mozilla.org/show_bug.cgi?id=1651133

But as a Windows person, I can't test any of this.